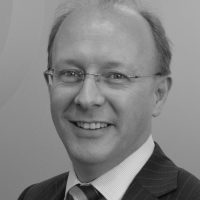 Last month hundreds of Whaley Bridge residents were forced to spend a week away from their homes and businesses after heavy rain damaged the dam at Toddbrook Reservoir. Likewise, many residents in towns and villages across the UK, particularly the North West, were also caught up in flash flooding following periods of prolonged heavy rain. As a result many claims are expected from areas originating outside of known flood risk zones (coastal areas, water courses such as streams and rivers, or low-lying flood plains).

The recent spate of flash flooding highlights the risks associated with the surface water flooding typically caused by storms, and ground water flooding which occurs when water tables rise. Whilst most properties in the UK are not considered at risk of flooding, millions are, even in areas that are not immediately in flood zones. Indeed the Environment Agency has calculated that around 1 in 6 properties in the UK is at some flooding risk.

An estate agent came under fire for offering contents insurance to tenants living in Whaley Bridge. An act that was seen by some as profiteering and insensitive. Nevertheless it does raise a valid point – more does need to be done to raise awareness of the importance of flood cover in the UK. The recent flash flooding and close shave at Whaley Bridge is a wake-up call to the fact that flood cover should no longer be considered a non-standard purchase, it must and can be written as standard.

Don’t let your clients leave it to chance, check if they have flood cover in place, check that they have made the correct disclosures about how close their property is to a flood plain or water course, and speak to them about the importance of flood cover even if not living in known flood zones in order to account for flash flooding risks. Finally, make sure you work with a GI provider with the experience and relationships with insurers that back into FloodRe in order to get your clients the cover they need.